"Everything went as well as we planned," said Seo in post-match press conference. "I'm happy that our players have gained confidence through this match."

"We still have two more matches left and we need to play well against Kawasaki at home," he said. "We want to clinch a place in the round of 16 by winning that match." 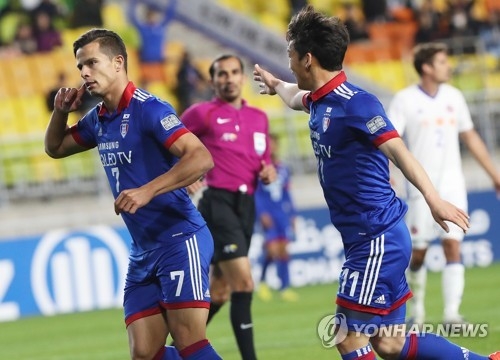 Suwon made its first substitution in the 54th to boost their attack, as Croatian attacker Damir Sovsic came on for Ko Cha-won. The hosts doubled the lead in the 63rd when Ko Seung-beom blasted a right-footed strike that found the bottom left corner of the net. It was Ko's first goal in his professional career since making his debut in 2015. 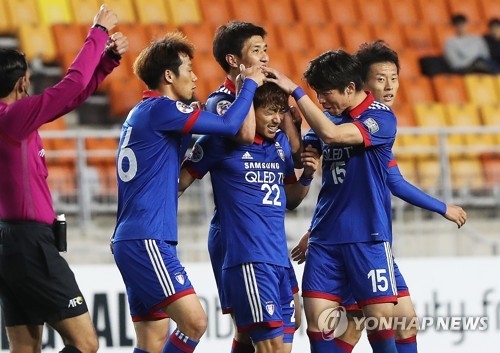 Ulsan, the 2012 ACL champions, surrendered the match's only goal to Teerasil Dangda in the 37th at Thunderdome Stadium in Nonthaburi, Thailand, and picked up their second loss in the group. Earlier in the day, Brisbane Roar beat Kashima Antlers 2-1 in their Group E match.

Ulsan and Brisbane are now tied at four points with one win, one draw and two losses, but the South Korean club remained in third place thanks to the superior head-to-head record. Ulsan previously blanked Brisbane 6-0.

Muangthong moved to the top spot in Group E with the latest victory. They have two wins and two draws for eight points, two points above Kashima.

Ulsan will next host Kashima on April 26. The South Korean club fell 2-0 to the Japanese champions in their first meeting in February.