SEOUL, April 12 (Yonhap) -- The top British envoy here on Wednesday tried to reassure Seoul officials that its planned exit from the European Union (EU) will not affect the vibrant trade relations between the two countries.

"Given that Britain is the second-biggest export market in Europe for South Korea, and for Britain South Korea is the biggest Asian export market, the most important part of South Korea-Britain relations is trade," he was quoted by the foreign ministry as saying during the meeting.

Deputy Foreign Minister for Economic Affairs Lee Tae-ho, who headed the team, expressed the Korean government's willingness to further strengthen relations with Britain after Brexit, according to the Ministry of Foreign Affairs. 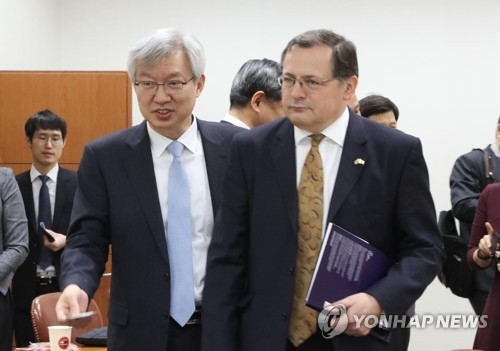