Kim Jae-won of the Liberty Korea Party won the only parliamentary seat up for grabs in the by-elections after getting some 48 percent of the votes cast in the electoral district covering the North Gyeongsang Province city of Sangju and three nearby towns.

Kim, 52, served two terms as a lawmaker in the 17th and 19th national assemblies. He also served as senior secretary for political affairs last year to then-President Park. Park was impeached and ultimately removed from office last month for corruption.

In other elections, Oh Soo-bong of the Democratic Party was elected mayor of Hanam, a city just outside Seoul, while Kim Jong-chun of the Liberty Korea Party won the mayorship of the city of Pocheon, Gyeonggi Province, and independent Na Yong-chan was elected head of Goesan County in North Chungcheong Province. 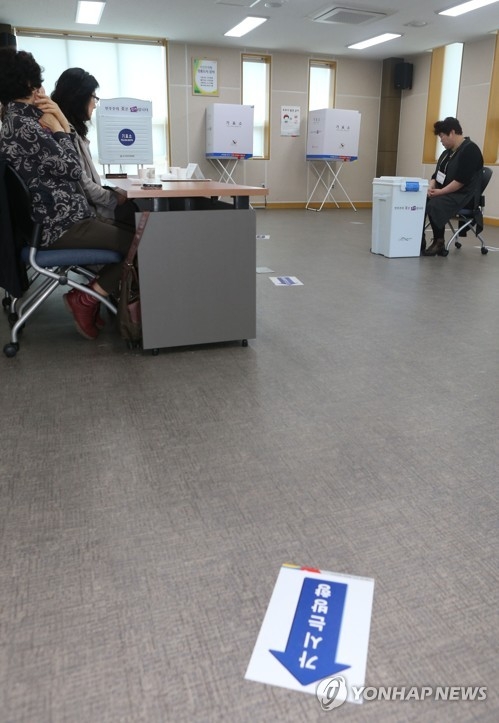