The GV80 fuel-cell concept SUV is the first SUV model revealed by Hyundai Motor, on Wednesday, under the independent Genesis brand. The Genesis lineup is currently composed of two models: the G80 full-size and G90 upper large-size sedans.

The GV80 Concept is the brand's first interpretation of a versatile luxury SUV and utilizes the latest plug-in hydrogen fuel cell technology to combine eco-performance and capability, Genesis Motors USA said in a statement.

"This concept is an important milestone for the brand to share our vision of the future, introducing a further expansion of our product portfolio," Manfred Fitzgerald, head of the Genesis brand, said in the statement.

The new concept SUV provided a glimpse into the luxury Genesis brand's "expressive and refined 'Athletic Elegance' design direction" in product design and development, it said. 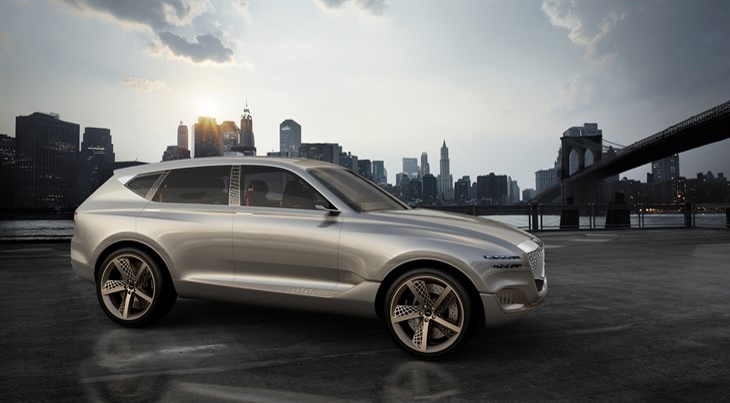 The new concept carries some eye-grabbing interior and exterior features.

On the outside, the front of the GV80 Concept showcases the signature Genesis crest grille with the car having a dominant center spine that runs through the length of the vehicle.

In terms of interior features, the Human Machine Interface offers users intuitive operation and function control through the use of a new multi-functional interactive controller with capacitive touch, the company said. 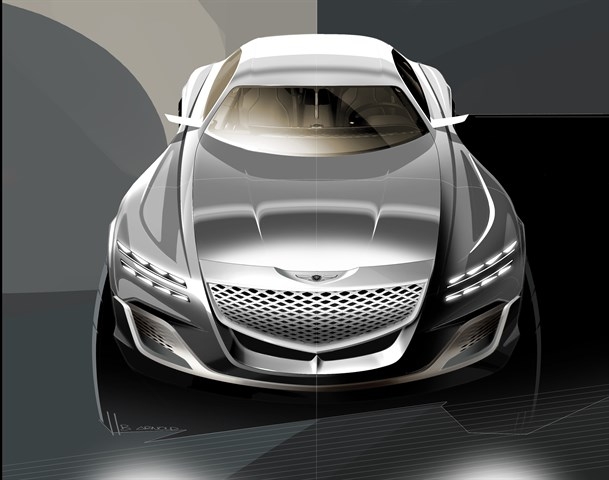 Hyundai kicked off the independent Genesis brand in November 2015 after testing the waters with the Genesis sedan (G80) and larger Equus (G90) in global markets. The sub brand aims to expand the carmaker's lineup into the more profitable premium segment, which is similar to what Lexus has done for Toyota Motor Corp.

Under its 2017-2020 road map, the maker of the Sonata midsize sedans and Elantra compacts plans to add two SUVs, a compact sports sedan and a sports coupe to its Genesis badge.

In New York, four Genesis models will be on display. They are the G90, G80, G80 Sport and the SUV concept, the company said.

Hyundai said last month it will launch the G70 model in the South Korean market in the second half of this year. The G70 is widely expected to be a compact sports sedan.

From January 2008, when the Hyundai branded Genesis hit markets, to February this year, the company sold an accumulated 481,997 Genesis sedans in global markets, including 220,973 units sold overseas, company data showed.

To help prop up its bottom line, Hyundai is considering introducing its Genesis models in China, the world's biggest premium car market, next year.