Oh threw one shutout inning against the Washington Nationals at Nationals Park in Washington on Wednesday (local time), as the Cardinals won the game 6-1.

Oh took the mound in the bottom of the ninth with his team up 6-1, a day after giving up a run on two doubles in one inning of work. 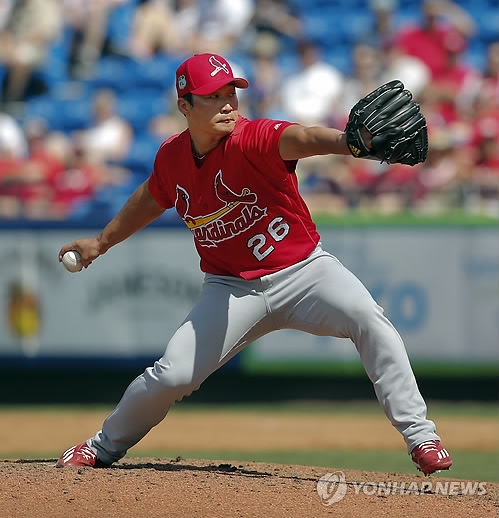 Daniel Murphy, who drove in that run with a double the previous day, popped out to center leading off the ninth inning this time.

Oh gave up a double to Ryan Zimmerman -- a hanging slider that the Nationals veteran drove to left-center -- but induced back-to-back flyouts to close out the game.

Oh has been touched for four extra-base hits, including two home runs, so far in 2017.

He has been in just one save situation -- on the Opening Day against the Chicago Cubs -- and blew that opportunity by giving up a three-run home run in the ninth inning. Oh recorded 19 saves with a 1.92 ERA last year after taking over as the closer in July.