The Korea Trade-Investment Promotion Agency (KOTRA) said the tariff, which was due to expire at the end of this month, will be in place for another six months. Mexico first imposed the 15 percent tariff in October 2015 on 97 steel products from South Korea, China and other countries. The provisional action was extended in April and October last year.

Local industry estimates show that Mexico's imports of steel products from South Korea dropped 15.8 percent after the tariff measure, from US$1.08 billion to $917 million.

Mexico's steel production fell to 18.2 million tons in 2015 but rose back to 18.8 million tons last year, according to KOTRA. Steel industry officials in Mexico are demanding that the provisional tariff be continued in order to protect the local industry from Chinese imports, and the Mexican government has also indicated that the tariff extension is inevitable, KOTRA officials said.

"Given the series of actions, Mexico's resolve to protect its domestic industry appears to be growing stronger," one official said. "There may be additional measures, such as an anti-dumping probe, countervailing taxes, safeguards or other tariff increases." 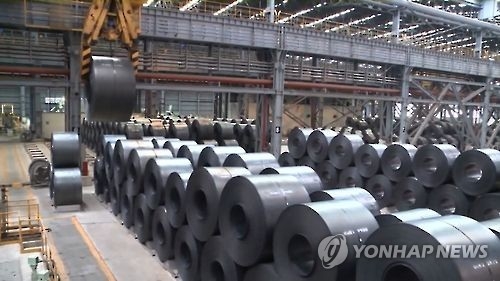