Commercial satellite imagery, taken on April 12, of the Punggye-ri region shows "continued activity around the North Portal, new activity in the Main Administrative Area, and a few personnel around the site's Command Center," they said in a report posted on the 38 North website.

The analysts cited what appears to be a small vehicle or trailer right outside the North Portal of the underground facility where the North conducted five previous nuclear tests.

"In the courtyards of the Main Administrative Area, are approximately 11 probable tarp-covered pallets of equipment or supplies, a formation of personnel, and several individuals walking about," they added.

They described the North as "primed and ready" for another nuclear test. 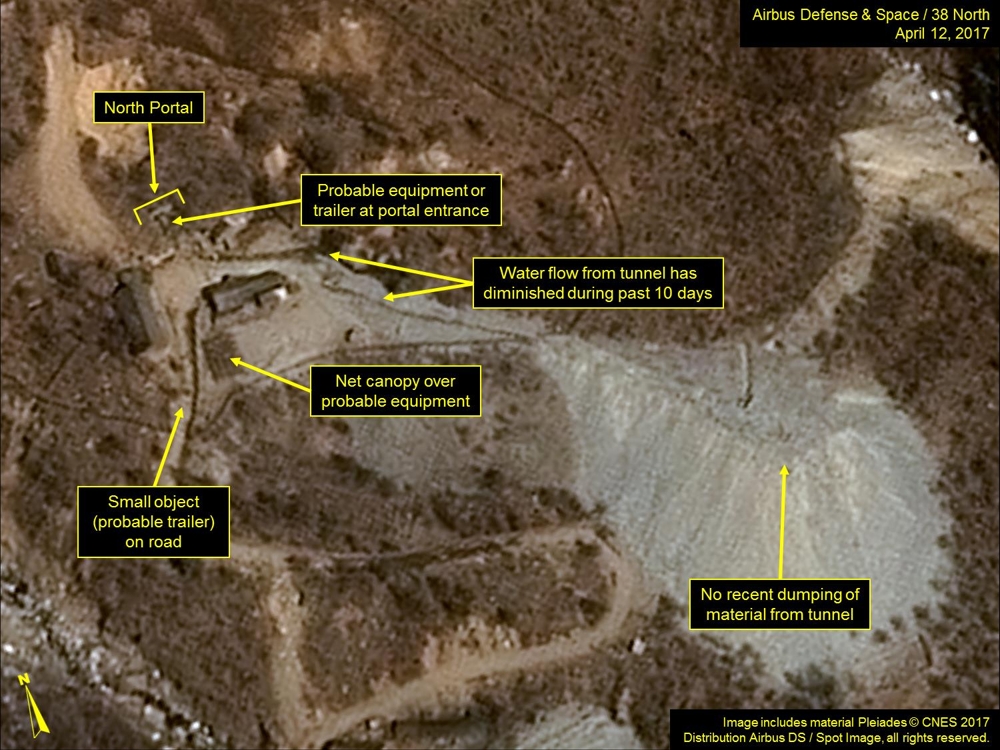