Stielike returned from a seven-day trip to Britain and Germany, where he checked on his players and had discussions on the national team. The German head coach met core members such as captain Ki Sung-yueng, who is with English Premier League (EPL) side Swansea City, and FC Augsburg's Koo Jae-cheol and Ji Dong-won. However, he failed to meet with Son Heung-min, who is in red-hot form with Tottenham Hotspur, due to scheduling issues.

"I discussed with our national team players the team atmosphere and situations surrounding us," Stielike said to reporters at Incheon International Airport. "We touched upon lots of things that we couldn't talk about during our preparations for the World Cup qualifiers last month."

Stielike has been in hot water after his team fell 1-0 to China and had a nail-biting 1-0 win over Syria at home in the final Asian qualifying round for the 2018 FIFA World Cup last month. While angry fans here have called for Stielike's head, questioning his tactical acumen and selection of players, the Korea Football Association technical committee decided to keep him at the helm and promised to give more support to the national team.

Stielike said he will first try to set the team atmosphere straight and unite the players and coaching staff together. There have been media reports that Stielike seems to be losing control of the team, while some players have criticized their teammates for uninspiring performances.

"What's really important is that the players and the coaching staff are in the same boat and all of us should stick together," he said. "From now on, I should consider giving stern punishment to a player who talks about the team atmosphere to outsiders." 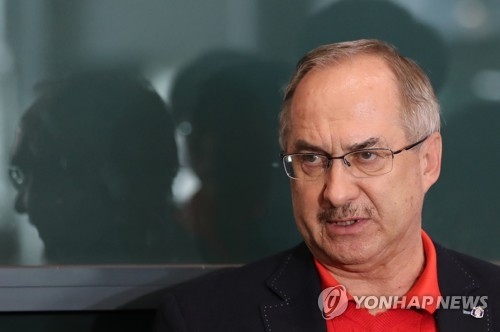 With only three matches remaining, South Korea are currently second in Group A, where they compete against Iran, Uzbekistan, Syria, Qatar and China. The Taeguk Warriors have 13 points from four wins, one draw and two losses, four points behind leader Iran and one point above No. 3 Uzbekistan.

Only the top two teams in the six-team group directly advance to the World Cup in Russia, while the third-place team must go through playoff rounds to enter world football's showpiece event.

South Korea's next match is against Qatar on June 13.

Stielike said their preparations for the upcoming qualifier will be different than previous ones because they will have more time to train for the match. South Korea are also planning to have a friendly match with Iraq before taking on Qatar in Doha.

"Whether we come up with new tactics or new players, there are going to be some changes," he said. "I know fans criticize us because of performance. We need a change, but we also need confidence. The players are determined to overcome the difficulties, so I hope fans watch us with more support."

"After all, the head coach needs to take the responsibility for the result," he said. "I want a chief assistant who can relieve anxiety on this team and smooth communication between the players and the coaching staff."

Stielike said the team will rebound and start winning like they did in the past.

"Everything doesn't have to start all over again, but we need to look back at the things that we were good at," he said. "I hope we can show good performances like we did in the past." 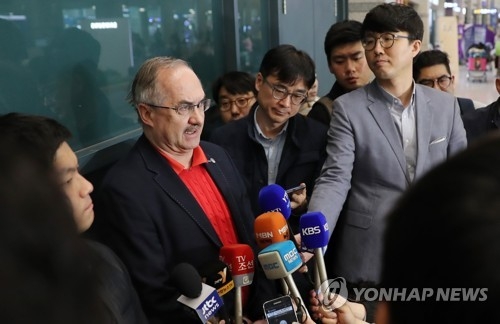