The percentage of South Koreans who are gambling addicts, however, was estimated at 5.4 percent of the country's total population aged over 20 as of 2014, industry data said, translating to 2.07 million people.

The report said most people suffering from such addiction tend not to go to the hospital for fear of being branded a criminal as gambling is banned by law in South Korea except for at the Kangwon Land Casino in Jeongseon County, Gangwon Province.

It advised gambling addicts to consult doctors, saying, "Gambling addiction has a clear root cause and is a disease that can be cured." 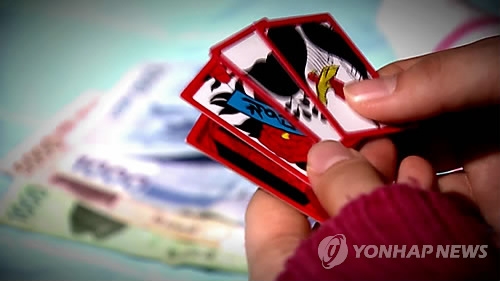