Park recently got engaged to his girlfriend identified only by her family name of Hwang, whom he has been dating since the end of last year, C-JeS Entertainment said, adding that she is a granddaughter of Hong Doo-young, the late founder of Namyang Dairy Product Co. 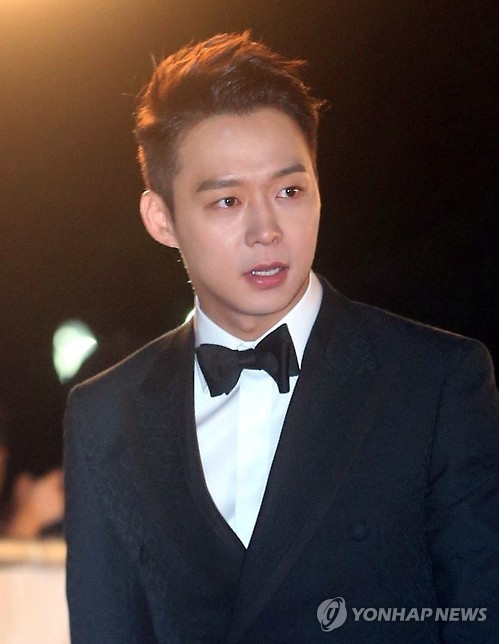 "She was confirmed to be a member of the Namyang family," an official at the agency told Yonhap News Agency by phone. He, however, refused to give more information on the wedding and the bride-to-be.

"There is no detailed plan for the wedding yet. We ask for your understanding because she is a non-celebrity."

"The bride-to-be stood by Park when he suffered mentally after being accused of sexual assault charges last year," a close aide to the singer said, requesting not to be named. "Park wanted to start a stable family rather than come back to the entertainment scene when he is discharged from the military."

In June 2016, however, while in the middle of his two-year mandatory military service, Park was embroiled in a scandal as four different women, all working at local bars, lodged complaints against him, claiming he raped them. He was later cleared of the charges but received a heavy blow to his image.

He currently is working for Seoul's Gangnam Ward Office as an alternative to his military duty. He is scheduled to be discharged from the service on Aug. 26.