The request was filed in a meeting with Katie Harbath, Facebook's global politics and government outreach manager, according to the National Election Commission (NEC).

"NEC Secretary-General Kim Dae-nyeon and Katie Harbath discussed ways to prevent circulation or spread of fake news, slander and false propagandas via Facebook, and (for Facebook) to take part in the commission's efforts aimed at boosting the voter turnout rate," the commission said in a press release.

Fake news has yet to become a serious problem, but the number of fake news stories apparently is on a sharp rise ahead of the May 9 election.

According to an earlier report, only some 1,600 fake news stories appeared online in 2014, but the number shot up to over 77,000 in less than three months between the start of this year and March 9, the day before former President Park Geun-hye was removed from office by a Constitutional Court decision that upheld her parliamentary impeachment over a series of corruption charges. 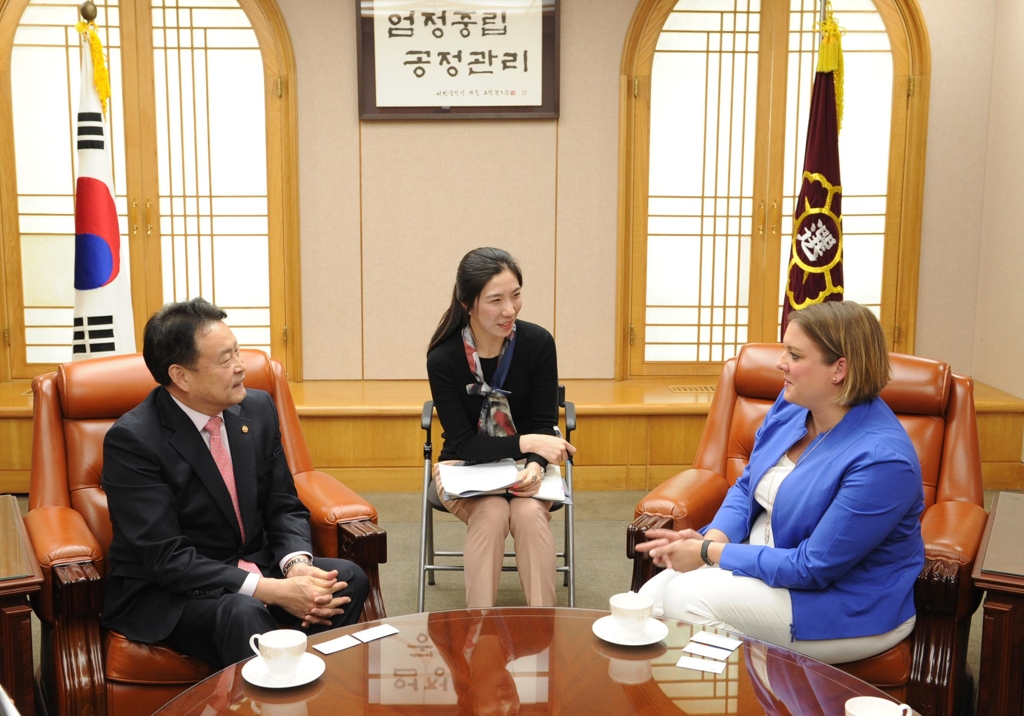