Directed by Juhn Jai-hong, the film starring Park of the now disbanded girl group 2NE1 and actor Han Jae-seok was released on April 6.

The namesake song marks the follow-up to Kim Bo-kyung's "Walk the Memories," a track from the movie unveiled simultaneously with the picture. "One Step" will serve as the film's official original song.

Park serves a down-tempo, laid-back opus with understated soothing vocals without tremolos and octave-leaping belting. It has been praised for going quite well with the simple arrangement of the song, as if she is telling the listeners a fairy tale with her throaty voice on a quiet spring night.

Meanwhile, the soundtrack album for "One Step," Park's serenade on celluloid to fans reminiscing about the glory days of 2NE1, boasts 23 emotionally rich tracks that crystallize complex emotions and is set to drop on Saturday. 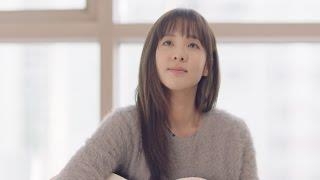