Opening with the lyrics from the album's lead track "Ni Na No," the clip segues into her dancing over empowering beats. "Ni Na No" is produced by Melanie Fontana, who previously collaborated with a slew of high-profile K-pop artists such as Girls' Generation, AOA, and f(x) as well as American artists including Justin Bieber. Fontana teamed up with Mitchel 'Lindgren' Schulz and Jon Asher, big-time producers as well.

Since the release of breakout debut single "Fire" in 2009, 2NE1, Gong's former group, sparked instant public interest and proceeded to share the "girl power" hegemony in the K-pop scene of the 2010s with Girls' Generation.

Fed up with replicas of similar girl bands whispering sweet nothings in boys' ears, K-pop fans' reaction to the band was enthusiastic. Unlike most of the other girl bands, 2NE1 had an in-your-face public image with empowering ditties, self-assertive lyrics and a streetwise look in lieu of school-uniform-like outfits and stilettos.

Racking up considerable record sales and awards home and abroad with a solid fan base worldwide, few expected the 2NE1 legacy to come to an end with the infamous "seventh-year slump." However, it became reality. YG Entertainment, the group's agency, officially announced the disbandment of 2NE1 in November last year, seven months after its failure to re-sign Gong, which was soon followed by her departure from both the label and band.

Even though Gong's knack for creating and performing dance moves was widely known, she didn't have as much exposure as others like Sandara Park and Park Bom, who earned extensive clout for their individual mass appeal.

"Minzy Work 01. Uno," the 23-year-old artist's first EP as a solo artist under new label Music Works is set to drop on Monday and showcases not only her choreographic dexterity but musical. She proves her sonic power still looms over listeners sans the 2NE1 magic, backed by solid components all round including her first self-produced track "Beautiful Lie." 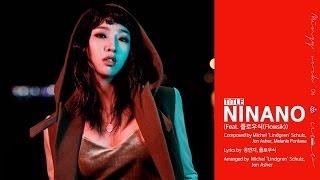