In a press release, the nominee of the People's Party said he will revise regulations and promote competition to make unlimited data at a restricted speed available to users who have used up data under their mobile phone subscriptions.

"There is high public demand for lower communications rates and sufficient communications welfare," he said. "I am focusing on satisfying these demands and needs by invigorating competition in the communications market, rather than taking artificial measures under the initiative of the government or politicians, which ignore the reality facing businesses and industries ." 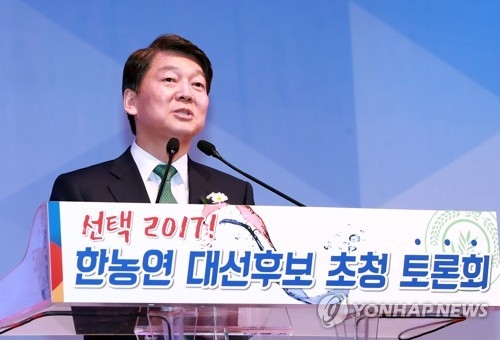 The former CEO said he will provide a basic level of data for free to vulnerable groups, including low-income citizens, the disabled, youth and job seekers, and install more than 50,000 free public Wi-Fi towers.

To boost competition in the market, he pledged to permit a fourth mobile operator in addition to the three in service and provide it with government support.

In the broadcasting and media sector, the two-term lawmaker put forward plans to redefine the role of public broadcasters and modify advertising regulations. He also vowed to strengthen press freedom by scrapping criminal punishment for libel over truth and push for new legislation to ban hate speech.