SEOUL, April 14 (Yonhap) -- Though chances are small for the United States to pre-emptively strike North Korea, the unruly state's mistake could heighten uncertainty around the peninsula and send events spiraling out of control, a renowned expert on Korea affairs said Friday.

In an interview with Yonhap News Agency, Gordon Flake, CEO of Perth USAsia Center based in Australia, expressed concerns about what reaction the U.S. would take in response to the North's provocation, citing a dearth of East Asia experts in the Donald Trump administration. He is even unsure as to whether Washington will consult with Seoul in advance before taking military action against the North.

"Now, it seems that chances have become higher than before that a war could break out by miscalculation or mistake, though I am not talking about an imminent war," Flake said. 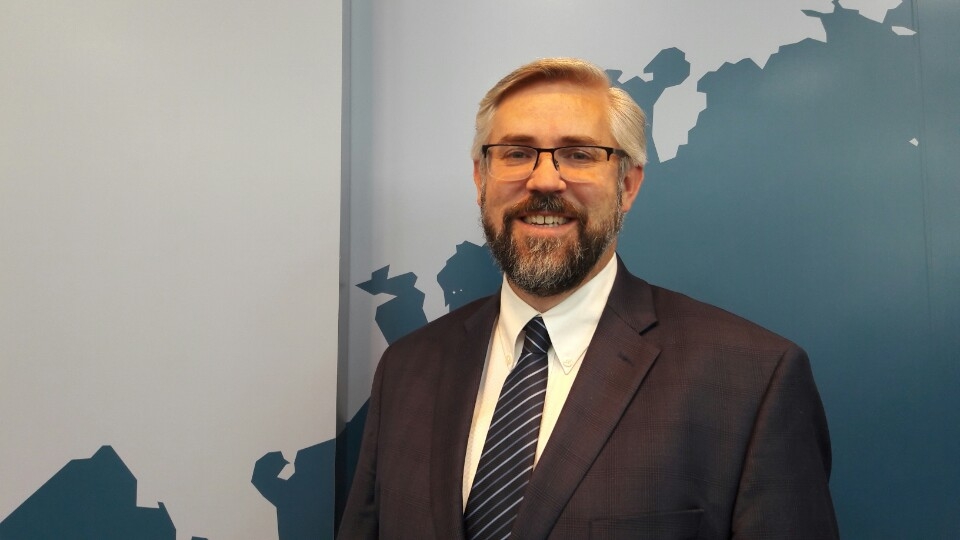 He has spent most of his career in Washington studying East Asia issues. He had served as executive director of the Maureen and Mike Mansfield Foundation.

He is visiting Seoul as tensions have mounted on the Korean Peninsula amid speculation that the North may conduct a new nuclear test or an intercontinental ballistic missile launch.

The U.S. has sent the USS Carl Vinson, a nuclear-powered aircraft carrier, to waters off the divided peninsula, spawning suspicions that Washington might be flirting with a pre-emptive strike against the recalcitrant regime.

"Living for some 25 years in Washington and three years in Australia, I always believed the U.S. intentionally avoided war since it had a broad picture... The U.S. had actually played a role in preventing things from going out of control," he said.

"Under the current circumstances, however, I cannot be sure. Recently I have been to Washington but found few experts on Asia and the Korean Peninsula... It is unlikely that the U.S. takes a pre-emptive strike but what is concerning is what reaction Trump will take in case a person like Kim Jong-un provokes even inadvertently," he added.

Flake also expressed worries that the Trump administration might not consult with South Korea before taking any action against the North, citing the unpredictability of his East Asia policy.

"Until five years ago, and even last year, I could have assured you not to worry. I was sure that the U.S. would seek joint strategies with its allies before taking any action. I hope it will continue to do so but I am not sure 100 percent," he said.

To keep things in check, the South Korean government needs to expand contacts with the Donald Trump administration but a leadership vacuum caused by the ouster of Park Geun-hye from the presidency is making it hard, he said.

Likening the North to a patient suffering from a serious illness, he expressed pessimism about any immediate breakthrough because of a lack of good tools to "conduct surgery with."

"With no good tools at our disposal, we should keep working on the diplomatic front, cooperating with the international community and applying more pressure on the North," he said.

Flake underlined the importance of China's role in addressing the North Korea issue but voiced some suspicion. He called its recent demand for a halt to the U.S.-South Korea joint military drills in return for a freeze on Pyongyang's nuclear program a "seemingly logical" but "ridiculous" story.

"The North's missile and nuclear programs have been banned by U.N. Security Council resolutions but the North has repeatedly violated them... If we agree (with China's offer), it means that the North will maintain its nuclear weapons and that we will have to recognize it as a nuclear-armed state," he said.

"One basic condition supported by South Korea, the U.S. and Japan is what the North agreed in the Sept. 19 Joint Statement issued in 2005 through the six-party talks to get rid of all of its nuclear weapons and related programs," he added.

"Ignoring that or saying that the six-party talks are dead or let's have other kinds of talks and negotiations on a freeze (on the program) is like giving a victory to the North."

(LEAD) (Yonhap Interview) U.S. pre-emptive strike on N.K. unlikely, but even small mistake can spiral out of control: expert

(LEAD) (Yonhap Interview) U.S. pre-emptive strike on N.K. unlikely, but even small mistake can spiral out of control: expert