They were among the 18 titles chosen for the main Competition lineup for the 70th Cannes Film Festival, announced by festival president Pierre Lescure and general delegate Thierry Fremaux.

This marks the first time in seven years since 2010 that two Korean films were invited to Cannes' competition section. Lee Chang-dong's "Poetry" and Im Sang-soo's "The Housemaid" vied for a prize at that time.

"Okja" is Bong's followup international production to his smash-hit "Snowpiercer."

Co-written by Bong and Jon Ronson of "Frank," "Okja" tells the story of a young girl who risks everything to prevent a multinational company from kidnapping her best friend -- a massive animal named Okja.

The new sci-fi film was produced by three Hollywood studios -- Plan B, Lewis Pictures and Kate Street Picture Company -- with US$50 million in investment from U.S. streaming service Netflix.

The auteur last visited Cannes in 2011 as the jury president of the Golden Camera award.

"It's a great honor to come to visit Cannes again. I'm very moved to see that 'Okja' produced in partnership with Netflix became the first Netflix original film to enter the competition category of the film festival," he said in a press release from the U.S. streaming service.

Not much is known about Hong's "The Day After" except the fact that it was filmed for three weeks in South Korea last February and stars Kwon Hae-hyo, Kim Min-hee, Jo Yoon-hee and Kim Saebyuk.

Another title of his, "Clair's Camera," will get a special screening. Starring French actress Isabelle Huppert and Kim, the film is about a writer who works as a part-time teacher at a high school.

Hong was previously invited to Cannes' main competition section three times for "Woman is the Future of Man" in 2004, "Tale of Cinema" in 2005 and "In Another Country" in 2012.

Two other Korean films -- "The Villainess" by Jung Byung-gil and "The Merciless" by Byun Sung-hyun, will be shown in the midnight screening section, according to the film festival.

"The Villainess" is an action movie about a woman raised to be a merciless killer and the secrets and revenge of two men around her while "The Merciless" is a crime-action flick telling the story of two hoodlums who have nothing to lose. 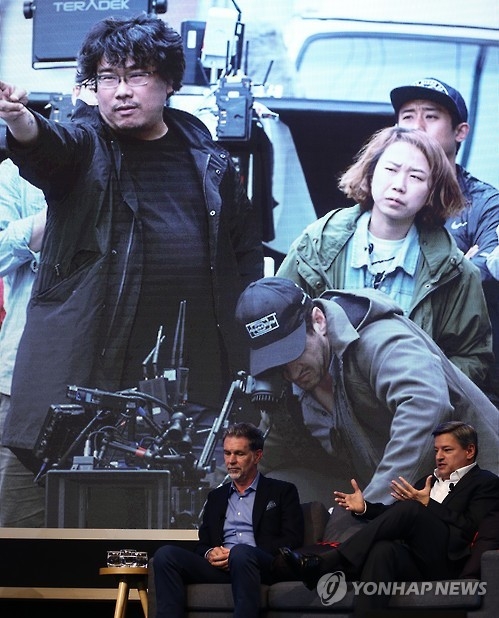