The Seoul Central District Prosecutors' Office applied for the write against Ko Young-tae on charges that he received some 20 million won (US$17,400) from an official at the Incheon-based customs office in exchange for exerting influence on personnel issues.

The prosecution also accused him of failing to return 80 million won to someone that he borrowed for stock investment, and of co-running an illegal online gambling site and investing some 200 million won into the business.

Investigators put Ko into custody on Tuesday evening with a court-issued warrant that allows his detention for up to 48 hours. Ko's legal representatives asked a court to review the legality of his detention, but the court dismissed the request without elaborating.

A court hearing on the request for the writ is expected to be held as early as Friday. 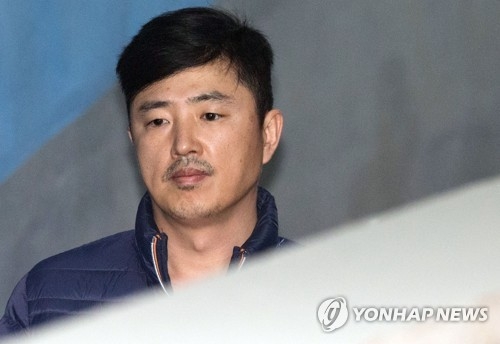