"Multiple administrations have tried to deal with the threat of an intercontinental ballistic missile capable of putting a nuclear warhead into the U.S. and we're simply closer now than we have ever been at any time in North Korea's history," Pompeo said during a discussion at the Center for Strategic and International Studies.

"If you said, what's different, what's unique, what's new? Maybe nothing other than each step along the way, each task, each effort. As the knowledge base increases and the capacity to deliver that increases and draws closer, it both reduces the option set to prevent it and makes more likely that you get a bad decision on a tough day from the leader of North Korea," he said. 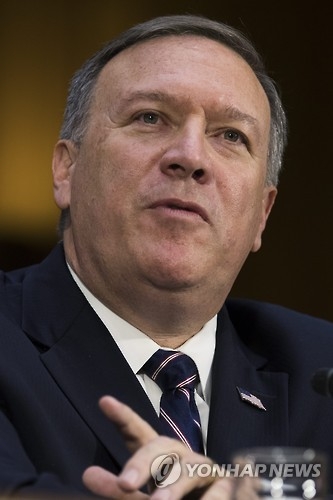 What makes the North Korea problem more complex is the North's conventional forces, he said.

"We're talking a pretty significant military, conventional forces, that can do enormous harm to a major city in the world that's not very far off from the place where they have their weapons systems," Pompeo said.

"It is a very complex problem. It's the reason it's such a hard nut to crack and why previous administrations have frankly not done so, but it's fallen to us this time where they're close and President Trump has said very clearly we have an obligation to prevent that from occurring," he said.