WASHINGTON, April 13 (Yonhap) -- North Korea is 84 percent likely to conduct nuclear or missile tests in the next 30 days, a U.S. think tank predicted Thursday based on analysis of big data on the communist nation.

"Beyond Parallel," a North Korea analysis project of the Center for Strategic and International Studies (CSIS), made the prediction together with big data firm Predata after analyzing how often the North is discussed on the Internet in an effort to predict future possibilities, with a higher frequency meaning stronger "signals."

Tensions are running high on the Korean Peninsula amid fears that the communist North could go ahead with its sixth nuclear test this weekend to mark the birthday of the North's late founder and grandfather of leader Kim Jong-un.

The U.S. Pacific Command has already redirected a massive aircraft carrier strike group led by USS Carl Vinson to waters off the Korean Peninsula in a show of force aimed at warning Pyongyang against provocations. 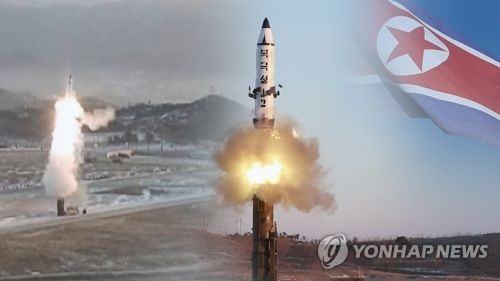