According to market researcher Strategy Analytics, the first smartphone of its kind is anticipated to be released in 2019 and take up 0.1 percent of the global market that year. Industry watchers earlier expected such smartphones could be released as early as 2017.

The researcher added the presence of foldable smartphones will gradually rise to 0.7 percent and 2.2 percent in 2020 and 2021, respectively, eventually reaching 3.5 percent in 2022.

The outlook is a sharp drop from Strategy Analytics' previous outlook, when it expected the presence to reach a whopping 12 percent in 2022.

Samsung's new flagship Galaxy S8, just showcased in March, however, only adopted displays that curve at both ends. U.S. tech giant Apple Inc. is also expected to release new models this year but not foldable phones. 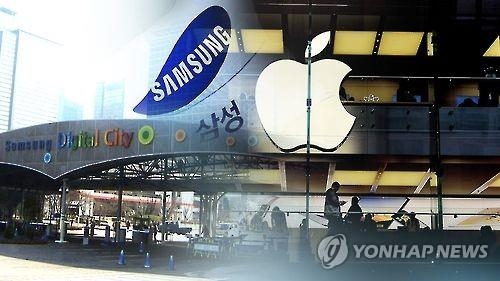 Foldable smartphones to creep into market in 2019: data

Foldable smartphones to creep into market in 2019: data