Still, the election is expected to involve at least three others from the same number of political parties that currently hold parliamentary seats.

They are Hong Joon-pyo of the former ruling Liberty Korea Party, who currently maintains a distant third with an approval rating of less than 10 percent, Rep. Yoo Seong-min of the splinter conservative Bareun Party and Rep. Sim Sang-jeung of the progressive Justice Party. 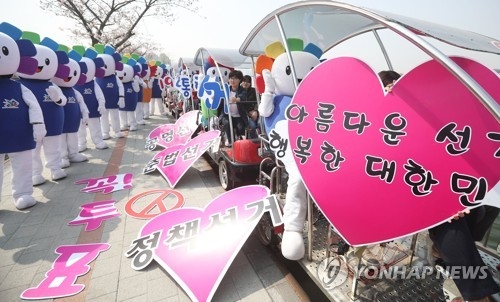