Chun Hong-uk of the Korea Customs Service (KCS) was summoned to appear at the Seoul Central District Prosecutors' Office to bear witness to the suspicions surrounding Ko Young-tae.

Ko, who used to work with Choi Soon-sil, was arrested Tuesday over a number of allegations including one that he received some 20 million won (US$17,400) from an official at the Incheon-based customs office in exchange for exerting influence on the agency's personnel management.

Prosecutors asked the Seoul Central District Court to issue a warrant to formally arrest Ko. The court will hold a hearing later in the day on the decision. 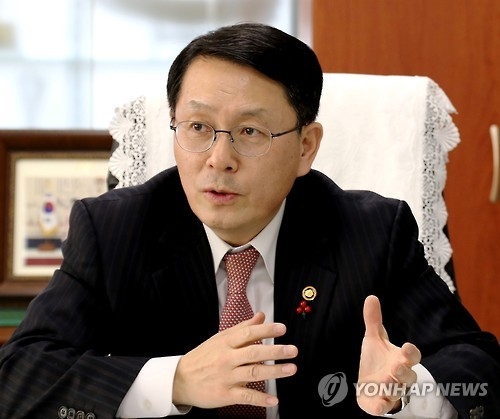