SEOUL, April 14 (Yonhap) -- China's top nuclear envoy appears to be pushing to visit North Korea following his trip to South Korea, but Pyongyang has yet to respond to the request, a diplomatic source in Seoul said Friday.

Wu Dawei is to leave for Beijing on Friday after a five-day stay in Seoul during which he met senior government officials and presidential candidates to discuss North Korea's nuclear and missile threats and the dispute over the deployment of a U.S. missile defense shield in South Korea. 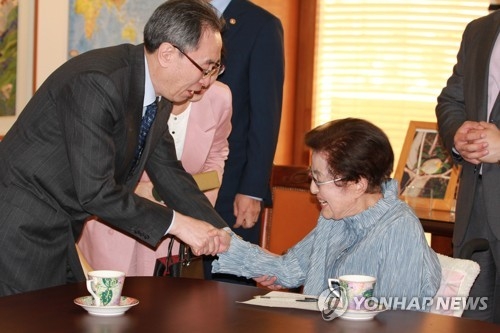 Earlier, a local newspaper reported that Wu will visit Pyongyang after his Seoul trip, citing a source involved in those talks.

The trip will aim to deliver China's stance on the North's nuclear and missile programs in an effort to dissuade it from engaging in any additional provocations, it added.

"At this moment, it seems that Wu doesn't have a plan to go to the North," the source said on condition of anonymity. "As far as I know, the North has not answered China's request for a visit."

Speculation is still lingering that Wu might be seeking to travel to the North in the near future amid concerns that the North may carry out a major provocation, including a nuclear test.

China's foreign ministry spokesman Lu Kang said at regular press briefing in Beijing on Thursday that there is no relevant information about Wu's possible trip to the North but added that the two countries maintain normal exchanges, apparently leaving the possibility open.

A Chinese embassy official declined to comment on the speculation, saying only that Wu will be headed to Beijing on Friday as scheduled.

Wu made his last trip to Pyongyang in early February last year, about a month after the North conducted its fourth nuclear test. A few days after his departure, the North fired a long-range rocket carrying a satellite.