SEOUL, April 14 (Yonhap) -- Shilla Duty Free said Friday it has launched a mobile app and an Internet website mall targeting Japanese clients to offset the decline in Chinese tourists triggered by the missile defense system row between Seoul and Beijing.

It is Shilla Duty Free's second mobile shopping mall for foreigners after one opened for Chinese customers in 2014.

Shilla's mobile app store and Internet shopping mall allow Japanese customers to use Naver Corp.'s flagship LINE messenger to carry out transactions. LINE has become a major mobile messenger platform with more than 200 million users around the world. It has a strong presence in Japan.

The duty-free shop will also invite 1,000 Japanese clients to a fan meeting of popular K-pop boy group SHINee, the shop's commercial model, in Seoul on May 13.

The number of Japanese tourists rose 25 percent last year from the previous year, according to the Korea Tourism Organization.

The figure also surged 13 percent and 28 percent in January and February of this year from the same period in 2016. 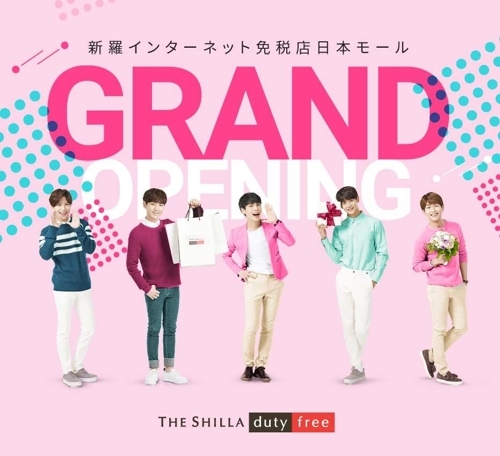