The two bands were among the first seven teams announced to play at the annual rock music event from Aug. 11 to 13 at the Songdo Moonlight Festival Park, also known as Pentaport Park, in Incheon, west of Seoul, according to the event's website Sunday.

Other artists included in the first batch of the lineup include British band Circa Waves, Japanese metal band Her Name In Blood, and South Korean acts Pia, The Solutions and Vaseline.

Pentaport, now in its 12th year, is one of the biggest annual music festivals in South Korea, and has brought together international and local musicians largely in the rock and electronica genres. Big names, such as The Chemical Brothers, Korn, Muse and Travis, have graced the stage in recent years.

Bastille released its mainstream debut album "Bad Blood" in 2013 and has since enjoyed commercial success. The quartet won the British Breakthrough Act at the 2014 Brit Awards.

The Australian band 5 Seconds of Summer was formed in 2011. Originally a cover band famous on YouTube, the four-man act rose to international stardom while touring with pop boy band One Direction in 2013.

Pentaport will update the artist lineup in the coming months. 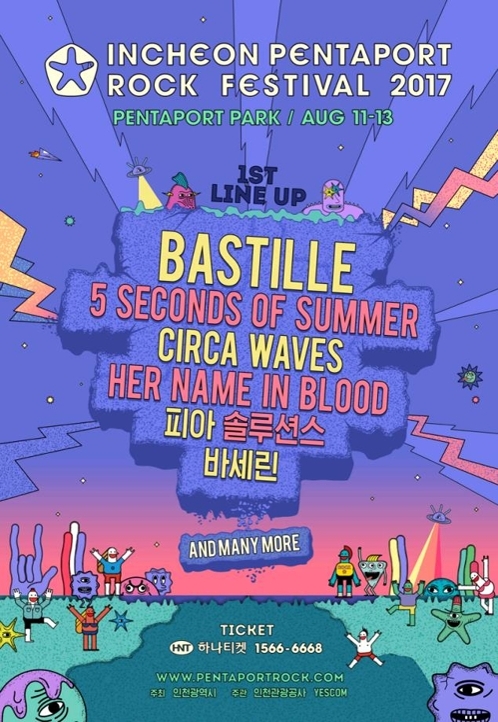