Outstanding foreign currency deposits held by local banks, domestic and foreign, reached US$70.54 billion in March, up 3.8 percent from $67.94 billion a month earlier, the Bank of Korea (BOK) said in a statement.

Broken down, foreign currency deposits held by domestic lenders came to $60.33 billion in March, up from $56.45 billion a month earlier. The deposits by foreign banks stood at $10.21 billion, down from $11.49 billion during the same period.

The central bank attributed the on-month gains mainly to an increase in U.S. dollar deposits by exporters and individuals. 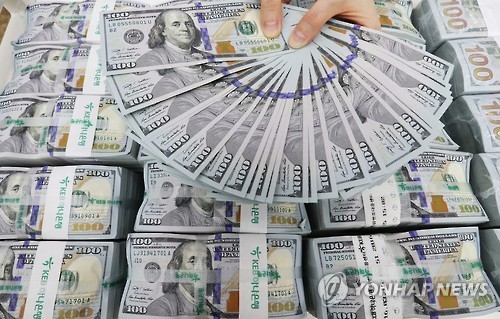