SEOUL, April 15 (Yonhap) -- Ahn Sung-ki, one of the most respected actors in South Korea, has done an umpteen number of films and still remains one of the go-to actors.

As he enters his 60th year in cinema, the actor gets nostalgic about the good old days in the industry when young and old actors, as well as filming crew members, shared stories while working together like a family.

"There're things that we gained and lost from the growth of the Korean film industry, and I think the gains were bigger as a whole. That's because the pie got bigger, and actors and filming staff members got bigger slices of it," the 65-year-old star said during an interview with Yonhap News Agency on Thursday. 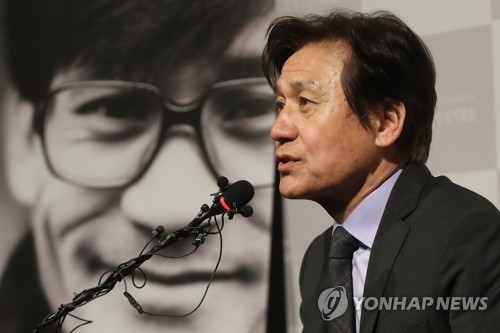 "What I miss the most now is a family-like working environment where they shared their feelings with each other while working together. I also feel sorry for the elimination of older actors from the film scene," he said.

The interview was conducted ahead of the opening ceremony of the state-run Korean Film Archive's special screening of Ahn's films to mark his 60th year in the industry.

Twenty-seven films representing his career will be shown in the screening titled "Persona of Korean Cinema: Ahn Sung-ki" at the Cinematheque KOFA theater in western Seoul till April 28.

Debuting at age five, he has appeared in some 130 films. When asked to pick his favorite title, the actor answered: "This is one of the most frequently asked questions, but it's a torture if I have to choose just one."

After some pause, however, he mentioned eight films in chronological order for various reasons. They were "Good Windy Day" (1980), a film directed by Lee Jang-ho that pinpointed minute changes of the era; "Mandara" (1981), his first work with director Im Kwon-taek; "Whale Hunting" (1984), his first commercial success; "White Badge" (1992), director Chung Ji-young's critically acclaimed film about the Vietnamese War; "Two Cops" (1993), featuring his first villain character; "Nowhere to Hide" (1999), which helped him soft-land into the second chapter of his acting life as an assisting actor; "Silmido" (2003), the first 10 million seller in the industry; and "Radio Star" (2006), which Ahn said he personally likes for its character that bears a close resemblance to his personality in real life. 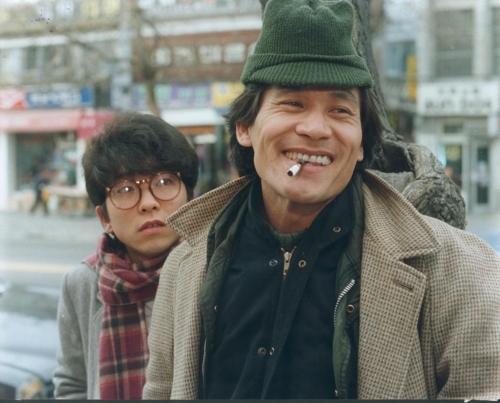 But why did he stick to movies rather than splitting his time between big and small screens?

"I've been in a TV crime drama once as a criminal. A 50-minute-long episode for the series was filmed in two days, a speedy work unimaginable in the film scene. I then thought I'll never do a drama next time. We have a lot of time to think and talk with people in the film industry."

Ahn is often cited as the most respected actor by younger actors.

"I've focused on films and actively engaged in whatever work related to pending issues in the industry. I think that's why they like me."

As the public image of cinema was not good in the 1980s, when he was a grown-up actor, Ahn said he was very careful in choosing his films and made all efforts to lead an upright life, hoping the industry and its people could get due respect.

The actor said he wants to see more aged actors working together with the younger generation in filming scenes.

"What makes it sad is that my seniors left the scene early. I feel alone without them. ... So, my dream and biggest goal is staying for a long time in the career for myself and those coming after me," he stressed. 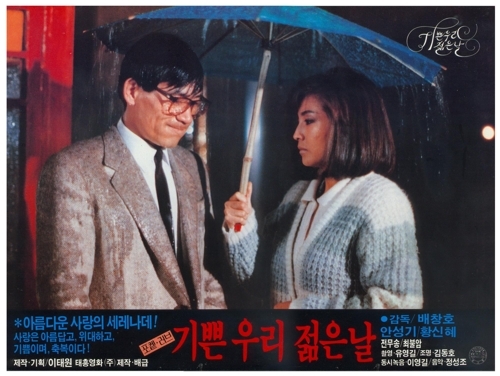