SEOUL, April 14 (Yonhap) -- A local detention center came under fire Friday over allegations it gave a special favor to former President Park Geun-hye, who has been arrested in connection with a corruption scandal that removed her from office.

According to the Seoul Detention Center, Park was allowed to stay at one of its offices for prison guards for two days until it completed the maintenance work for a solitary cell where she was later detained.

Critics said it was a preferential treatment given to the former president considering that she was, after all, an arrested criminal suspect under investigation.

The detention house, however, said it was an "inevitable" decision to avoid Park's contact with other inmates, citing security reasons.

There have been suspicions that a cell refurbishment was requested by the former president, but the detention house denied them, insisting that the wallpaper had not been replaced since 2013.

Park was formally arrested late last month over a string of allegations including bribery, abuse of power, coercion and leaking government secrets. Prosecutors are expected to level formal charges against her next week. 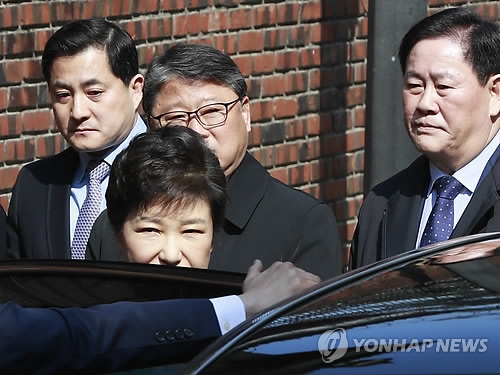