SEOUL, April 14 (Yonhap) -- Turkey recently has launched a safeguards investigation on tire imports, a step that could hurt South Korean companies who last year shipped more than 710,000 units to the country, according to a trade body on Friday.

The Turkish government recently opened the nine-month probe, which can be extended for another six months, the Korea Trade-investment Promotion Agency's (KOTRA) Istanbul office said.

With the launch of the probe, US$0.50 of customs duties would be levied per kilogram of imported tires, with potentially more tariffs for the 200 days of the investigation period, according to the office.

Tires for passenger cars, buses, cargo trucks and farming-forestry vehicles are subject to the probe, it said. 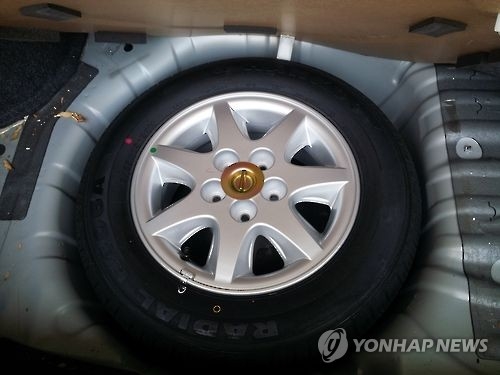 South Korea's industry watchers estimate some 15 percent in additional duties on CIF (cost, insurance and freight) basis for the country's tires headed to Turkey. The rate could go higher if Turkey decides to invoke its imports surveillance mechanism and the 21.8 percent additional customs duties (ACD) on products from developing countries, both of which were put into effect in the second half of last year, they said.

"If our exporters and Turkey's importers take countermeasures through joint trade lawyers, we may have a chance of being able to avoid safeguards measures or lower the rate of the duties," KOTRA said. "We need to be more aggressive in tackling the matter by providing the needed documents and speaking out on our stance."
(END)

S. Korea likely to be affected by Turkey's safeguards probe into tires

S. Korea likely to be affected by Turkey's safeguards probe into tires