SEOUL, April 14 (Yonhap) -- Jin Air will increase flight service to Japan and Southeast Asia to offset a drop in passenger traffic from China due to the diplomatic row over the deployment of an advanced U.S. anti-missile system on South Korean soil, the budget carrier said Friday.

The number of Chinese travelers fell dramatically as the neighboring country has banned the sale of tour packages since mid-March. The move is apparently in retaliation against the installation of the Terminal High Altitude Area Defense (THAAD) system.

Beijing has explicitly opposed the THAAD deployment, citing that it hurts it security interests. Seoul and Washington have countered that the system is purely defensive in nature.

Jin Air said in a statement that there will be an increase in flights to major cities in Japan and Southeast Asia during the April-October peak season. It said service to Chinese cities will be scaled back during the same period.

The low-cost carrier will also use its large body B777-200ER aircraft to carry more passengers to and from popular destinations, such as Osaka, Guam and Bangkok, during the peak months, it said.

"We will preemptively reorganize our flights on international routes to minimize the impact from the THAAD row with China," a company spokesman said.

Jin Air is a wholly owned unit of Hanji KAL Holdings, which has Korean Air Lines Co. as its flagship affiliate. 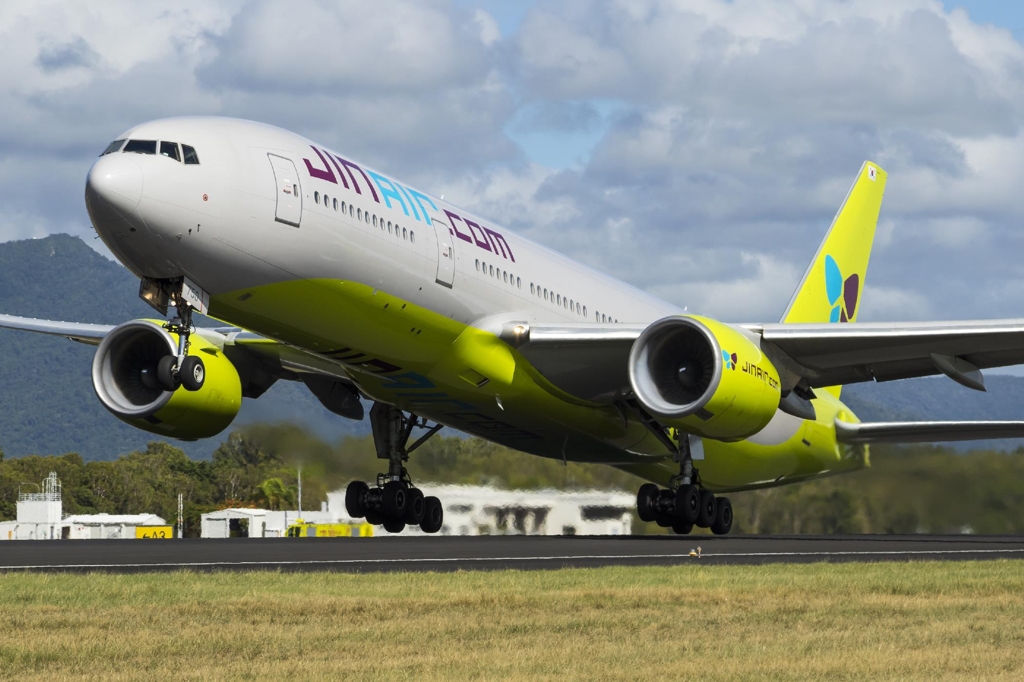