So Jin-sei, the chief of the group's committee for social contribution, was summoned to appear at the Seoul Central District Prosecutors' Office to bear witness to possible bribery related to its duty-free business.

The conglomerate gave donations to two dubious foundations allegedly controlled by Park's friend Choi Soon-sil. Prosecutors are investigating if they were in relation to the company's bid for a duty-free shop.

The retail giant was selected by the Korea Customs Service (KCS) to operate the lucrative shop in Seoul, together with Hyundai and Shinsegae, in December.

The group Chairman Shin Dong-bin was quizzed over the allegations last week.

Prosecutors here have been expanding their probe into Lotte and SK after indicting Lee Jae-yong, Samsung Group's de facto leader, on charges of giving kickbacks to Choi in return for business favors.

Prosecutors said they cannot yet confirm whether they will put the chiefs of Lotte and SK on trial.

"We will need one or two more days to reach a conclusion," a senior prosecution official said.

The official said they have no plans to widen their investigation into other conglomerates at the moment.

Dozens of local business groups, including Samsung, Lotte and SK, took part in the donations. The business groups said they had no choice but to give the money as the presidential office Cheong Wa Dae asked for it.

Prosecutors are planning to indict ousted President Park on Monday on a string of allegations, including coercion. 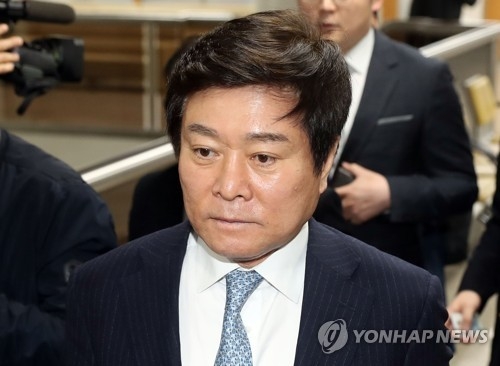