SEOUL, April 14 (Yonhap) -- Prosecutors on Friday raided a local polling agency over allegations a lawmaker of a former ruling party collaborated with it to carry out a biased survey on the upcoming presidential election. 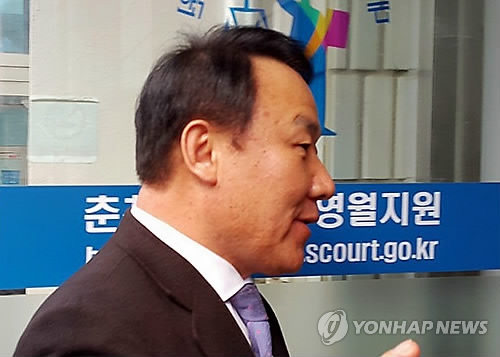 The National Election Commission (NEC) on Thursday filed a petition with the prosecution seeking an investigation into allegations Rep. Yeom Dong-yeol of the conservative Liberty Korea Party colluded with the agency to carry out the survey with unfavorable information on Moon Jae-in, the presidential candidate of the liberal Democratic Party. The identity of the pollster was withheld.

Yeom and the polling agency are suspected of conducting the survey last month based on biased phrases that could have a negative influence on Moon.

Yeom is the chief of the strategy planning team for Hong Joon-pyo, the conservative party's presidential candidate.

It was the first raid carried out by the prosecution in relation to the May 9 presidential election.

Prosecutors said they will review the confiscated materials and summon related figures for further investigation.