Joo and his Malaysian counterpart, Mustapa Mohamed, held talks in Seoul earlier in the day during which they discussed a range of bilateral and multilateral trade and economic issues.

Joo told the Malaysian minister that South Korea is making "pan-governmental" efforts for the rail project between Malaysia and Singapore, according to a statement released by the South Korean ministry.

The Malaysian minister said he would "welcome" South Korean firms joining the project, according to the statement. 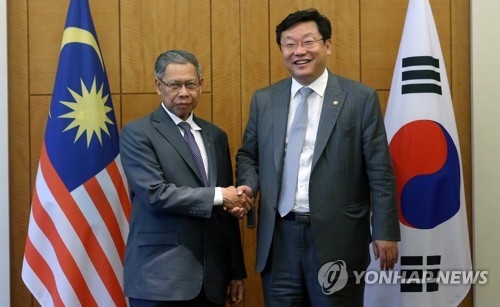