WASHINGTON, April 14 (Yonhap) -- North Korea is estimated to have up to 30 nuclear weapons as of last year and the arsenal is expected to grow to as many as 60 weapons by 2020, a top U.S. nuclear expert said Friday.

David Albright, president of the Institute for Science and International Security (ISIS), a Washington-based think tank that has closely followed the North Korean and the Iranian nuclear issues, made the estimate based on latest developments in the North's nuclear program.

According to the estimate, the North is believed to have 33 kilograms of separated plutonium and 175-645 kilograms of weapon-grade uranium. That translates into 13-30 nuclear weapons on assumption that 70 percent of the fissile material is utilized to make bombs.

The amount is also enough for 12 weapons using a "composite core" of plutonium and weapons-grade uranium.

The fresh estimate took into consideration latest developments, such as a reduction in the stockpile of plutonium due to two nuclear tests in 2016 and an addition of about 5.5-8 kg of plutonium from last year's reprocessing campaign, Albright said.

Through 2020, the North is estimated to have enough fissile material for about 25-50 nuclear weapons, but in a worst case scenario, the North could have material for up to 60 weapons if its experimental light water reactor goes into operation, he said.

Significantly higher estimates are still possible, such as the institute's 2015 estimate of 100 weapons, if the North significantly expands its gas centrifuge program and dramatically boosts its production of separated plutonium, he said. 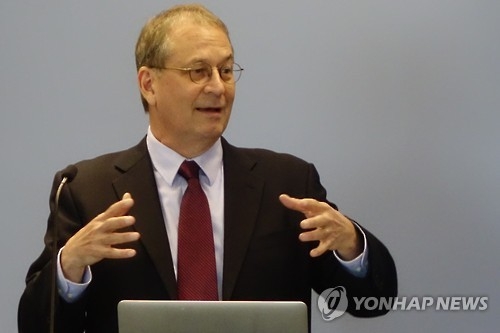