According to the data compiled by the Food Information Statistics System, the combined amount of sugars sold through retailers came to 143 billion won (US$125.2 million) in 2016, down 14.1 percent from 166.4 billion won posted a year earlier.

The latest figure marks a 38.1-percent plunge from 231 billion won posted in 2013. In contrast, the market for artificial sweeteners has been increasing sharply to reach 12 billion won in 2016, up 14.3 percent on-year.

Industry watchers said the overall decline in sales of sugar came as consumers became more aware of their sugar consumption, which could give an adverse impact on health by causing diabetes and obesity.

The retail market takes up around 10 percent of South Korea's overall sugar industry, which also includes those traded among businesses. 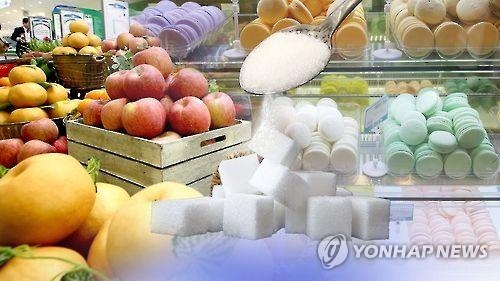