The country's average healthy life expectancy, which is defined by the anticipated lifespan of people without any illness, was estimated at 73.2 years as of 2015, according to the research conducted by the World Health Organization.

Experts said South Korea's policymakers must focus efforts on not only extending the average lifespan, but also on the quality and health of South Koreans throughout their lives.

South Koreans aged 65 and over took up 13.8 percent of the country's combined population as of 2017, approaching closer to an aged society in which more than 14 percent of the people are elderly.

The country is also expected to become a super-aged society in 2026 with the figure hovering above 20 percent. 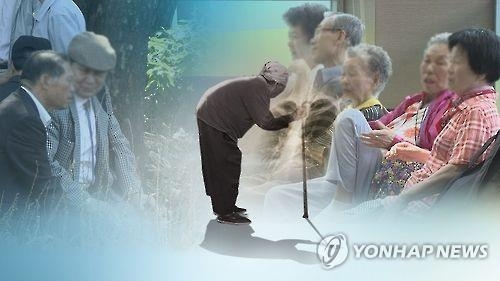