The Seoul Central District Court on Saturday approved an arrest warrant for the 41-year-old Ko, who was detained by prosecutors earlier this week on suspicion that he received some 20 million won (US$17,400) from an official at the Incheon-based customs office in exchange for exerting influence on personnel issues. 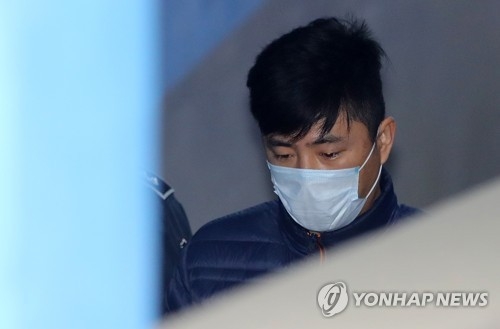 Ko was also accused of failing to pay back 80 million won he had borrowed from an unidentified person for stock investment, and of co-running an illegal online gambling site after gathering 200 million won from individual investors.

Judge Kwon Soon-ho, who questioned Ko for two hours on Friday, issued a warrant to arrest him around 3 a.m. Saturday, saying his criminal charges were ascertained and there is fear that the suspect may flee and destroy evidence.

Ko reportedly denied all his charges during his Friday hearing.

Prosecutors say they have investigated Ko separately from the corruption scandal of Park and Choi.