(ATTN: UPDATES with report of pro-N.K. leaflets in South Korea and photo in last four paras) 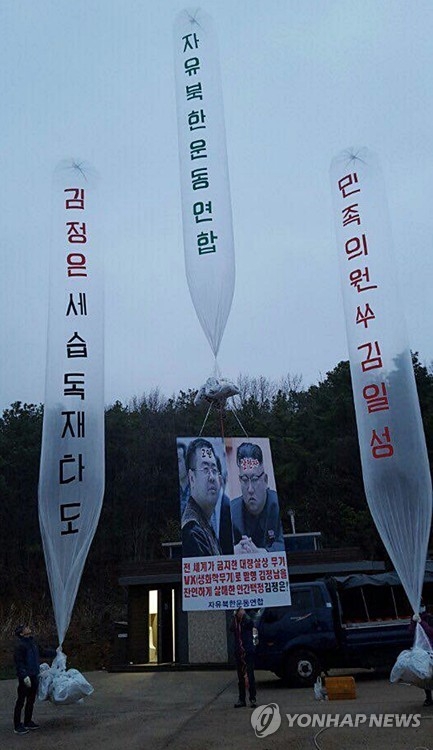 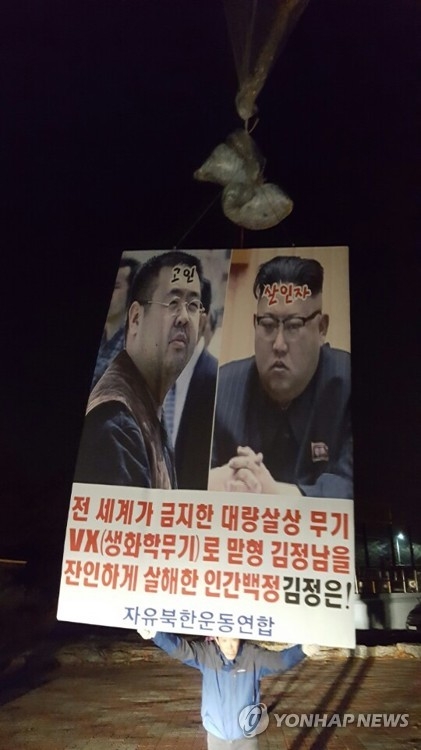 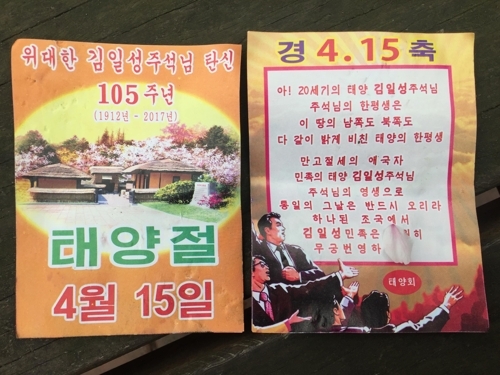 On the other hand, pro-Pyongyang leaflets apparently flown from the North were found in at least two locations in South Korea on Saturday, according to police.

A citizen in Uijeongbu, north of Seoul, found four leaflets containing celebratory messages for the 105th anniversary of Kim Il-sung's birth at a park at 7:30 a.m. and reported them to police.

The color-printed leaflets liken the late Kim to the sun, police said.

A similar pro-North Kroean leaflet was also found in Samcheok, a Gangwon Province city on the east coast, at around 9 a.m. A 46-year-old Seoul resident said he discovered the leaflet while staying at a resort house in Samcheok.