SEOUL, April 15 (Yonhap) -- Tottenham Hotspur attacker Son Heung-min on Saturday drew level with football legend Cha Bum-kun as the highest-scoring South Korean in Europe in a single season with his goal against Bournemouth.

Son scored a goal in Tottenham's 4-0 win over Bournemouth in their English Premier League (EPL) match at White Hart Lane in London. The 24-year-old scored his team's second goal in the 19th minute. Following Harry Kane's slick back heel, he dribbled past Bournemouth defenders and fired a shot low between Artur Boruc's legs to pick up his 12th EPL goal.

For the season, Son has 19 goals in 40 matches, which equals the single-season goal record for a South Korean in Europe set by Cha in all competitions during the 1985-86 season for the German side Bayer Leverkusen. Outside the EPL, he bagged six goals in the English Football Association (FA) Cup and one in the UEFA Europa League.

Son, who joined Tottenham from Leverkusen in 2015, has also extended his scoring streak to four matches. Including the FA Cup, he has netted six goals in the last eight matches.

Cha, who scored 98 goals in 308 German Bundesliga matches before retiring in 1989, is currently a vice president of the local organizing committee for the 2017 FIFA U-20 World Cup. South Korea will host the FIFA competition from May 20 to June 11 in six cities. 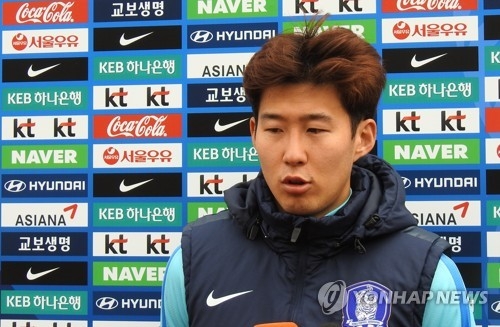