The lack of effort to expand its business reach and allocate resources in a timely manner could affect the company's ability to respond effectively to change going forward that could hurt the company's overall competitiveness, the observers said.

The lack of business investments is particularly noteworthy since the tech giant may have achieved the second-highest operating profit in the first quarter of this year on strong demand for memory chips.

Operating profit is estimated at 9.9 trillion won (US$8.6 billion) in the January-March period, compared with 6.68 trillion won posted a year earlier, the tech giant said in its regulatory filing last week. If the number is reached, it will be the second-highest quarterly gains for the company.

Samsung's vice chairman Lee Jae-young has been in jail for about two months after being implicated in a massive corruption scandal that led to Park Geun-hye being removed from the presidency. The former president has also been detained on corruption charges, along with her close friend Choi Soon-sil, who is accused of having peddled influence for personal gains.

Lee has been "running" Samsung Electronics and other affiliates in Samsung Group, South Korea's No. 1 family run conglomerate, known as chaebol here, for the last three years after his father has been hospitalized after suffering a heart attack.

Samsung under the junior Lee has engaged in numerous M&As and takeovers since May 2014, with the purchase of U.S. audio and automotive electronics firm Harman International Industries Inc. for a record 9 trillion won in November of last year getting considerable news coverage.

Besides stopping all takeovers, Samsung has put the brakes on switching the chaebol into a holding-company arrangement that is more transparent and accountable to shareholders.

Other changes seen from the outside include the conglomerate discontinuing the weekly meeting of affiliate CEOs that was held every Wednesday, while the "control tower" of the conglomerate that was in charge of future planning has been disbanded since the scandal.

Insiders said that inability to make key decisions may be a natural development because in the past all such processes went through the vice chairman.

On the other hand, while some Samsung operations have experienced some confusion, corporate watchers said there are positive signs that things are settling down.

"The conglomerate seems to be more inclined toward outsourcing parts and components instead of trying to keep everything in-house, which was the practice in the past," said one source, who declined to be identified.

Others said that while there is uncertainty with no orders coming down from the group as a whole, individual affiliates are slowing moving forward by vitalizing their respective boards to make critical decisions in the everyday running of their businesses. 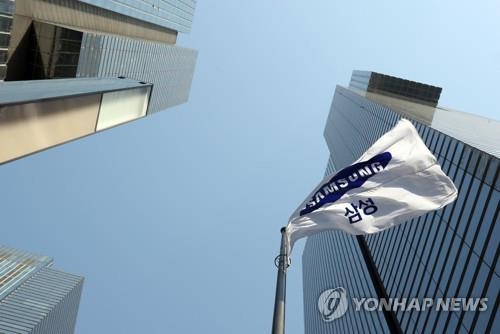