In July last year, Volkswagen Group voluntarily stopped selling its vehicles in South Korea as the Seoul government announced it will ban the sale of all Audi and Volkswagen cars while imposing heavy fines on the German carmaker as it admitted last year of having falsified U.S. emissions tests in some of its diesel-powered cars.

Instead of Volkswagen cars, some customers opted to buy new models, such as GM Korea's Malibu midsize sedan, and Renault Samsung's SM6 midsize sedan and QM6 SUV. Others purchased German vehicles made by Mercedes-Benz and BMW, industry people said. 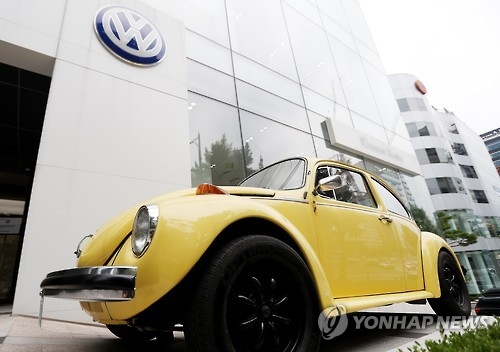 The share of imported vehicles in the domestic passenger car market also fell to 15.4 percent in March from 16.25 percent a year earlier.

Still, BMW and Mercedes-Benz apparently absorbed customers who were planning to buy vehicles made by the troubled Volkswagen Group in South Korea.