According to the International Federation of the Phonographic Industry (IFPI), 41 percent of South Koreans subscribed to music streaming services, hovering far above other countries.

Sweden followed with 40 percent, trailed by Mexico and Brazil with 39 percent and 26 percent, respectively.

The United States posted 20 percent, while figures for Japan stood at 7 percent.

"Many South Koreans tend to select music based on chart ranking. Accordingly, the demand to enjoy new trendy music through streaming is higher than going through the hassle of downloading," the industry watcher added.

The IFPI, meanwhile, said the industry is facing challenges due to "stream ripping," which refers to recording music through streaming for illegal distribution. 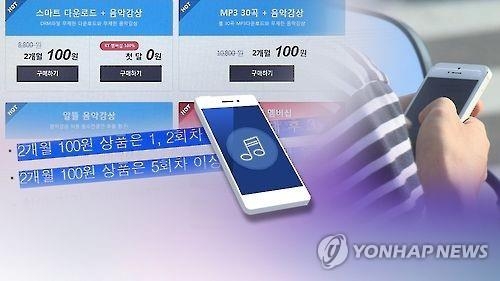