The latest installment in Universal's long-running "Fast and Furious" series added 1,057,071 to its domestic total of 1.4 million in attendance over the April 14-16 weekend, according to the tally from the Korean Film Council (KOFIC). 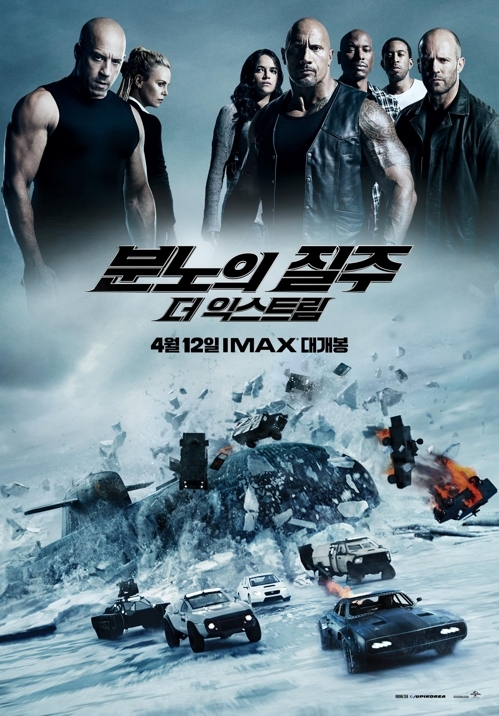 In the action thriller, protagonist Dominic Toretto turns against the crew he's called his family to align with a terrorist.

"Daddy You, Daughter Me," also a newcomer on the chart, opened in second. The body-swapping Korean comedy starring Yoon Je-moon sold 205,856 tickets.

Disney's "Beauty and the Beast" took third place with 153,445 views after a surprising four-week reign, followed by "The Prison," Korean action-thriller starring Han Suk-kyu and Kim Rae-won with 78,799. 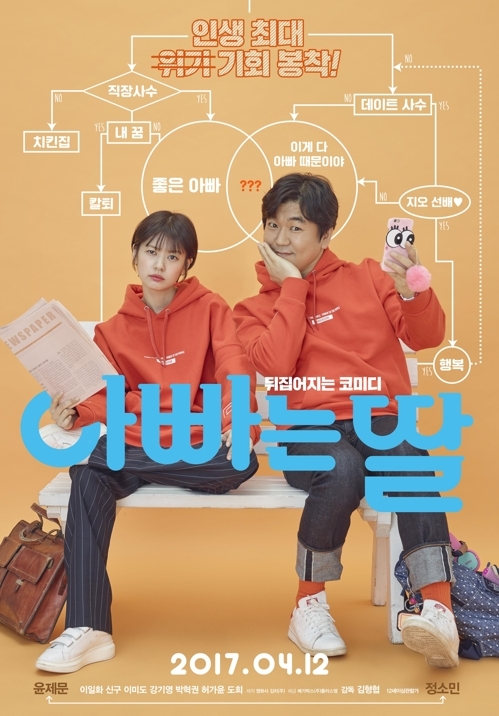