SEOUL, April 17 (Yonhap) -- Singer and actor Mun Jung-hyuk, better known as Eric of K-pop boy group Shinhwa, is going to get married to his girlfriend of three years, his management firm said Monday.

"Eric will marry actress Nah Hye-mi at a church in Seoul on July 1. The ceremony will be closely held with only friends and relatives in attendance," Shinhwa Company said.

Mun, 38, is the first to marry among his six band members, now mostly in their late 30s.

On the official Twitter page of the company, Eric said to his fans, "As a member of Shinhwa for 19 years, I have received so much love from you. I will respond to your support by showing the more mature side of me and working harder."

"We will try to be respectful toward each other and have an exemplary marriage," he added.

The rumors that the two were seeing each other began circulating three years ago. At that time, they denied them. But when the rumors resurfaced in February, they opened up their relationship to the public.

Eric debuted in 1998 with the boy band, one of the oldest and most successful K-pop groups. For the past decade, he also actively pursued an acting career, starring in many popular TV series including MBC TV's "Another Miss Oh" last year.

Nah appeared in "High Kick" on MBC TV in a minor role in 2006. She hasn't been active in acting since then. 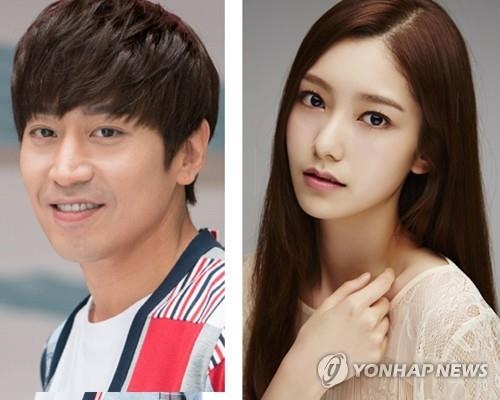 Eric of K-pop boy group Shinhwa to get married

Eric of K-pop boy group Shinhwa to get married