SEOUL, April 17 (Yonhap) -- Baekhyun of the K-pop boy band EXO has captivated the heart of his female fans with a love song that goes well with the spring season.

He unveiled his solo piece "Take You Home" to major online music sites, including Naver Music, on April 14 at 6 p.m. It was the third song on season 2 of S.M. Entertainment's weekly digital music release project called "SM Station."

Written and composed by Joe Q-mann, "Take You Home" is a medium-tempo ballad number about a man who wants to console and care for a woman suffering from the pain of a breakup. Baekhyun sang the love song with his trademark mellow vocals. 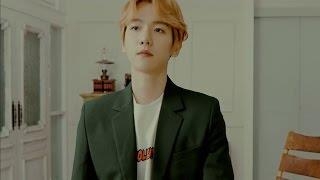