SEOUL, April 17 (Yonhap) -- The Bank of Korea (BOK) will move its headquarters to a building in central Seoul and its office in the Gangnam district of Seoul late next month as its headquarters will undergo a three-year renovation project, bank officials said Monday.

The renovation project, which will be completed by the first half of 2020 and include the reconstruction of the main annex building, aims to bolster the headquarters' security and safety, BOK officials said.

It will mark the first time the central bank, as well as its cash reserves, will be moved, other than in wartime, since its founding in 1950. The BOK was forced to relocate temporarily during the 1950-53 Korean War.

Most of the headquarters' departments will be moved to the former headquarters of Samsung Life Insurance Co. in central Seoul, while the department in charge of issuing notes starts work at the central bank's office in Gangnam. 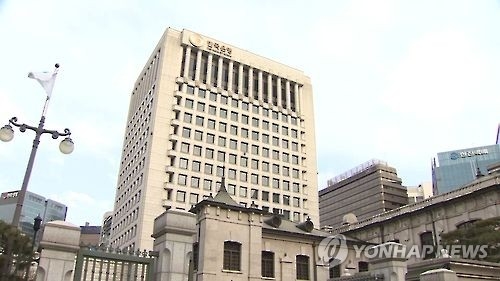 Bank of Korea to move headquarters next month for renovations

Bank of Korea to move headquarters next month for renovations