SEJONG, April 17 (Yonhap) -- A potential trade tussle between the U.S. and China will have the South Korean economy suffer a decline in its growth rate due to its higher trade dependency on the neighbor, a report said Monday.

"Having subsided after the global financial crisis, trade protectionism is once again gaining momentum, raising concerns over the negative impact on the highly trade-dependent Korean economy," the report said released by the state-run Korea Development Institution.

Trade protectionism has been making headlines in recent months as U.S. President Donald Trump has expressed the "America First" doctrine.

Also, Trump targeted China, which enjoyed more than US$300 billion worth of trade surplus with the U.S. last year, giving hints at raising trade barriers against the world's second-largest economy.

"Trade disputes between China and the U.S. generally have a negative impact on Korea, and U.S. trade restrictions on China affect the Korean economy more than vice versa," the KDI report said.

"Given that China depends more on the U.S. than the other way around, it is mostly the decrease in China's domestic demand caused by U.S. trade barriers that will negatively impact the Korean economy."

It noted that a 10 percent drop in China's exports to the U.S. due to Washington's trade restrictions is expected to lead to an 0.31 percent cut in South Korea's gross domestic product. Meanwhile, South Korea will see its GDP fall 0.4 percent following Beijing's restrictions on U.S. exports.

However, the KDI report said such a decrease in the country's GDP is not a "serious crisis," saying "Korea should take the necessary actions." 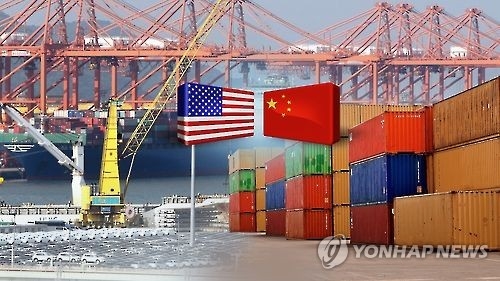