SEOUL, April 17 (Yonhap) -- Just over half of married women thought they did not have the kind of small wedding they wanted mainly due to opposition from family members and lack of alternatives, a report said Monday.

A survey of 1,173 married women by the Korea Institute of Child Care and Education showed that 95.8 percent of respondents wanted to have a small wedding.

Only 50.8 percent, or 596 women, however, said they thought they actually had a simple wedding, while 49.1 percent, or 557 women, said their weddings were far from being small.

Those that said they were not able to have small weddings said opposition from their families (22.9 percent) and the pressure to follow others when it comes to the size of the ceremony (19.1 percent) prevented them from realizing their wishes.

About 16.6 percent said they opted not to have small weddings because they wanted to receive gift money from invited guests.

Other reasons include the notion that having a normal wedding is reasonable (16.1 percent), lack of alternatives to a typical wedding (15.3 percent) and too many people that needed to be invited to the service (5.9 percent). 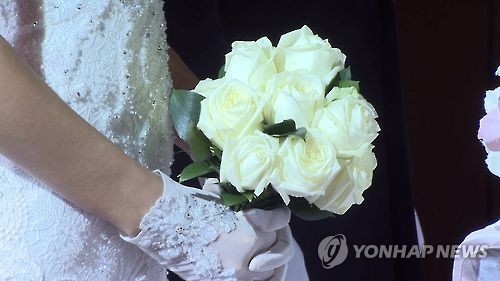 95 pct of women wanted small wedding, only half had one: report

95 pct of women wanted small wedding, only half had one: report