SEOUL, April 17 (Yonhap) -- With his U.S. visa status in limbo following a drunk driving conviction, Pittsburgh Pirates' infielder Kang Jung-ho continues to train on his own in South Korea while biding his time for legal proceedings to resume, sources said Monday.

One source told Yonhap News Agency that Kang is trying to keep a low profile but has been "working hard" to stay in shape. The source said in addition to indoor training, Kang has also been doing batting and field practice.

In March, the U.S. Embassy in Seoul rejected Kang's application for a visa to enter the country, weeks after Kang received an eight-month sentence, which was suspended for two years, for leaving the scene of a drunk driving accident in Seoul last December. The court decision followed Kang's third DUI arrest in South Korea, and his driver's license has since been revoked.

The suspended jail term means Kang will avoid actual prison time if he stays out of trouble over the next two years. Kang is appealing the sentence but no date has been set for the hearing. 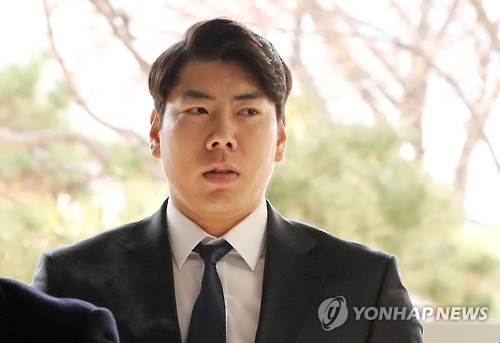 Kang enjoyed an All-Star career as a hard-hitting shortstop for the Nexen Heroes in the Korea Baseball Organization for several years, before joining the Pirates for the 2015 season. He finished third in the National League Rookie of the Year voting that year, after batting .287 with 15 home runs and 58 RBIs in 126 games. Last year, the South Korean launched 21 homers with 62 RBIs, along with a .255 batting average in 103 games.

With Kang's future still murky, the Pirates have placed him on the restricted list, which is for players who are unable to play for non-injury reasons, such as arrests or family matters. Kang will not be paid or earn major league service time while on this list.

Still, the Pirates are also making sure Kang will be ready to hit the ground running when he rejoins them. MLB.com reported Monday that the club has shipped a pitching machine that is "a cross between the Japanese-made Shizuoka Prefecture and the programmable e-Hack Attack."

The former is known as the world's fastest pitching machine, with its fastballs reaching 230 km/h (143 mph), while the latter throws sliders and changeups resembling those tossed by actual major league pitchers like Corey Kluber and Kyle Hendricks.

"We're trying to get him a machine with velocity and spin, to help," Pirates manager Clint Hurdle told MLB.com. "He's been more working indoors, doing everything he can to prepare."

Another source close to the player said the Pirates spoke to Kang last week and offered to provide whatever was necessary to help him train away from the club in South Korea.

The source said the Pirates didn't specifically say they would send a pitching machine at the time.

Hurdle said he has kept in touch with Kang through his interpreter, H.K. Kim, who is working with the player in South Korea. Hurdel said he hasn't abandoned hopes of seeing Kang back in the lineup in 2017.

"This is something that's out of his control now. Something we talk about here is we all have opportunities for freedom of choice. Unfortunately we can't pick the consequences of the choices we make," Hurdle added. "We care for him. We want to help him when that time comes, both professionally and personally. We just want the best for him. We'd love to see him this season."

In Kang's absence, nine-year veteran David Freese has filled in nicely. He has played nine of his 11 games at third base, and is leading the team in batting average (.344), on-base percentage (.488), slugging percentage (.594) and walks (nine). 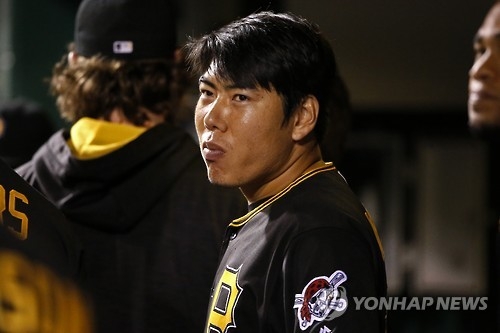 U.S. visa in limbo, Pirates' Kang Jung-ho continues to work on his own

U.S. visa in limbo, Pirates' Kang Jung-ho continues to work on his own