Cheil General Hospital in central Seoul revealed that Lee has made donations on several occasions, asking that the money be used for those mothers.

The actress gave birth to her twin babies in the hospital, one of the largest maternity clinics in the country, in February 2011. She has since paid attention to the work of helping new mothers and their babies.

This is not the first time that she has attracted media attention for her philanthropic activities.

In February 2014, she donated 100 million won to a Taiwanese mother who happened to give birth to a baby after she accidentally fell during her trip to Seoul.

The baby reportedly weighed about one kilogram and was diagnosed with biliary atresia, a rare liver disease. The child had to go through a number of surgeries, but its parents could not afford the medical expenses.

Most recently, she donated 100 million won and 150 million won to Asan Hospital in Gangneung, Gangwon Province, asking that the money be used to treat poor patients, and to some of the province's low-income households.

She stayed in the city for months from late 2015 to shoot her latest drama "Saimdang, Memoir of Colors," now showing on SBS TV.

Lee came back to the small screen after 13 years with the fantasy period drama, in which she takes on the double roles of Saimdang, an artist from the Joseon Dynasty (1392-1910), and present-day art history instructor Seo Ji-yoon.

The series is scheduled to end early next month. 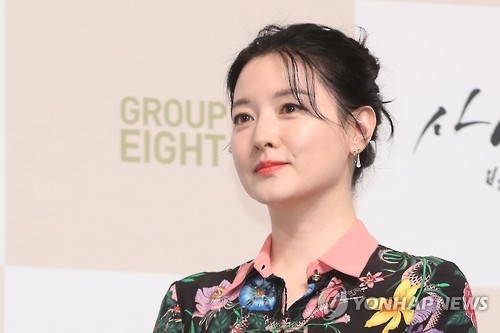